Build your own ancient greek empire 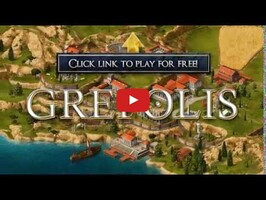 Advertisement
Grepolis is a management and strategy game in which the players lead small greek providence, with the goal of transforming that small village into a metropolis, and the envy of all the other players. Who knows, you might even be able to build a legendary empire.

One of the first steps to creating your empire is constructing buildings that will help your city thrive. But that's not all, you'll also have to investigate new technologies, that will allow you to build more advanced buildings and military. And just like the Civilization saga, as your technology advances you can earn more resources and build more advanced infrastructure.

Combat is a huge part of Grepolis. Recruit a powerful army capable of beating bandits and defeating other players. And there's more than 20 different kinds of military units to choose from, each one with unique advantages and disadvantages.

Create alliances with other players over the internet, and build an empire in the entertaining strategy game Grepolis. Overall it's a fun title reminiscent of the genre's classics.
Reviewed by Juan Jesús Translated by Jasmine
Advertisement

Why is this app published on Uptodown?
(More information)

Car Parking Multiplayer
Drive around an extensive map for a realistic parking experience
Clash of Clans
Crush enemies and lead your clan to glory
Mobile Legends
An excellent, but shameless, League of Legends clone
Scary Teacher 3D
Escape the terrifying teacher!
Bus Simulator Indonesia
Drive a bus through Indonesia with this simulator
Clash Royale
Clash of Clans characters face off in epic duels
Vegas Crime Simulator
Try not to get caught breaking the law!
Clash Mini
Play with tiny Clash of Clans characters

Pocket Pony 2
Take care of and play with your tiny pony to make it happy!
Drift Car City Traffic Racer
Burning rubber to become the best
War Planet Online
Fight for power against players from all over the world
Minebot
Build and destroy in Minebot for Minecraft Pocket Edition
Coloring Games - Paint By Number
Kids Cars Games!
NVIDIA Games
Access all kinds of tools and apps with NVIDIA
9 Colors